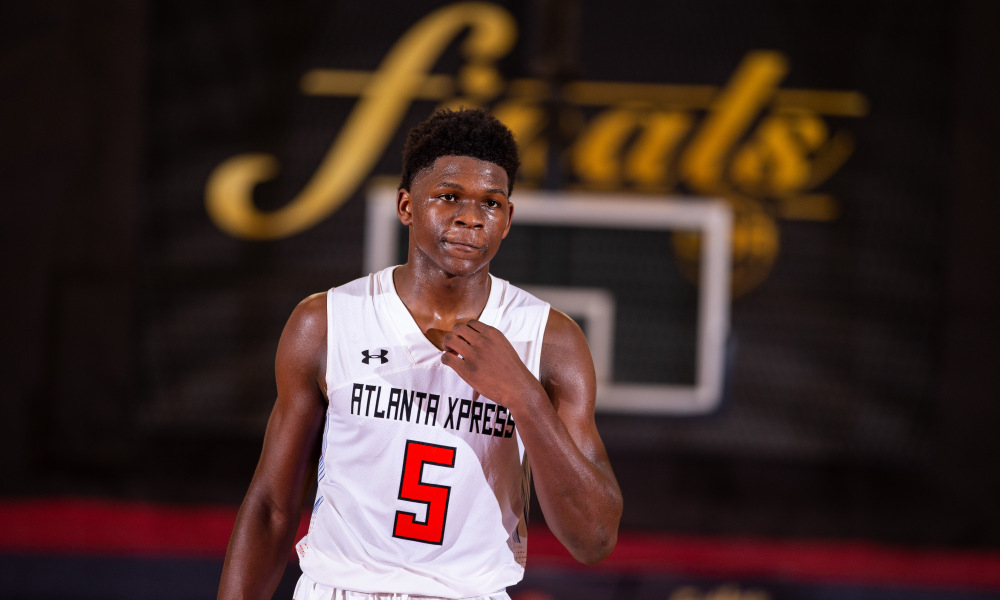 In the middle of the summer, star Anthony Edwards was only focused on playing well with the Atlanta Express on the Under Armour circuit. Recruiting was simply an afterthought as the talented guard still had over a year before he needed to make a college decision.

Things changed drastically on Nov. 20th when Edwards announced that he would reclassifying to the Class of 2019.

Anthony Edwards has reclassified to the 2019 Class! Where can you see Edwards playing college ball? 👀

Edwards is now a senior at Holy Spirit Preparatory School, which is located just outside of Atlanta. He is considered the country’s No. 4 prospect according to the 247Sports Composite rankings. At 6-foot-5 and 215-pounds, Edwards has gained notoriety as a freak athlete picking up the nickname “Ant-Man.”

Edwards drew interest from almost every team in the country after his breakout summer. A week after his reclassification, Edwards announced his Top 8 schools. Since then, Edwards has narrowed his list even further to a final five of Florida State, Georgia, Kansas, Kentucky and North Carolina.

Beyond blessed to announce my top 5 🤩🤩

Edwards has already taken unofficial visits to Florida State, Auburn and Clemson and one official visit to Georgia on Dec. 1st.

All of these schools have given their pitch to Edwards, and each program possesses an element that makes them stand out above the rest.

One pitch which Edwards noted in a recent interview with 247Sports that especially stood out to me— was his comments toward Florida State.

“The offense is set up for a player like you, and you’ll get as many buckets as you want.” Edwards recalled.

My feeling is that Florida State has the lead at this point in Edward’s recruitment. Most players enjoy being the focal point of an offense, and that’s exactly what the opportunity would entail with the Seminoles. Also head coach Leonard Hamilton has an impressive recent streak with getting players to the NBA in Malik Beasley (Denver Nuggets), Dwayne Bacon (Charlotte Hornets) and Jonathan Isaac (Orlando Magic).

Kansas and Kentucky are in the hunt, but the two programs are currently prioritizing other five-star talents, like Matthew Hurt, ahead of Edwards.

Dylan Freeman is the Head of Media Relations and a contributor for Mars Reel.