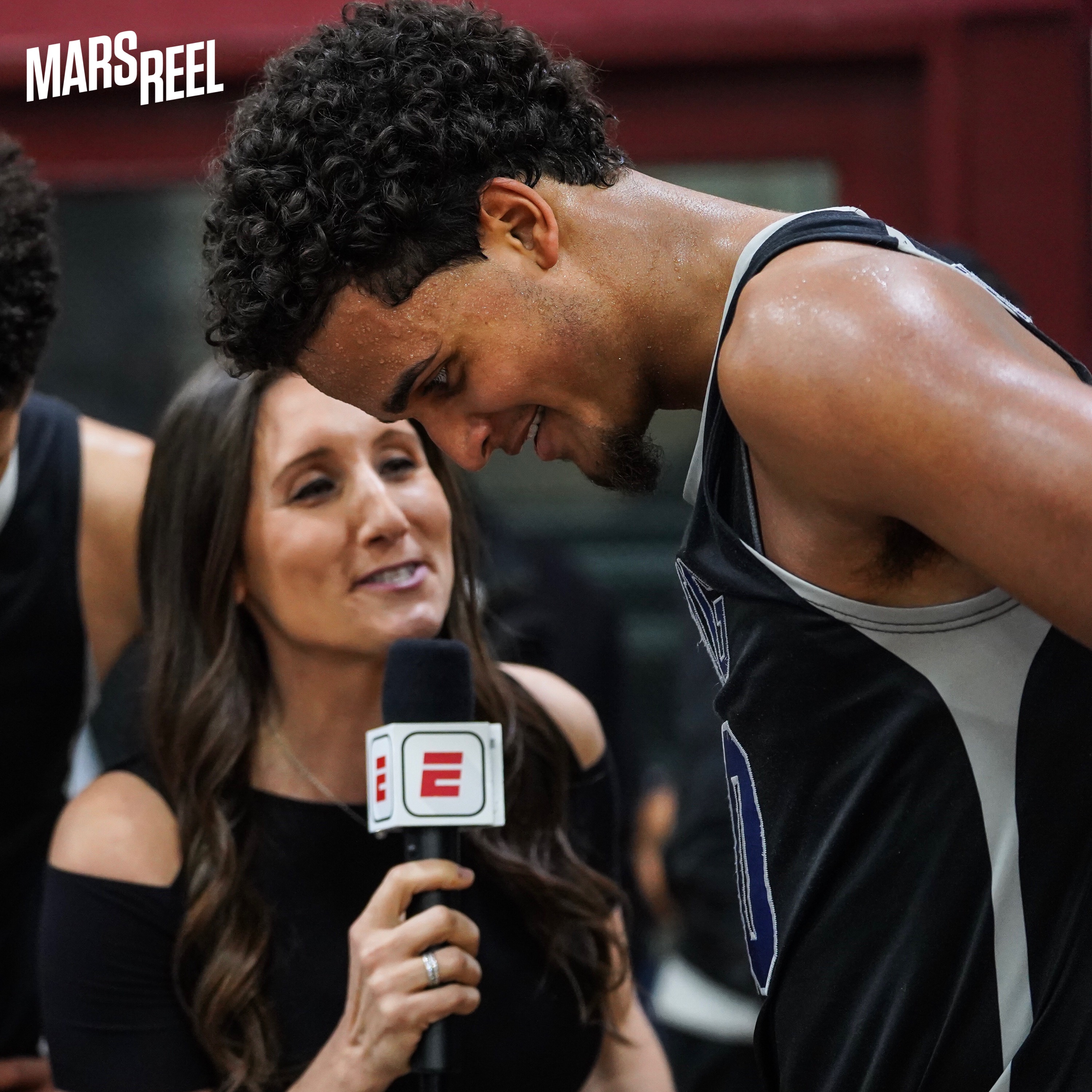 The dunk heard round the world. Maybe it comes in the family genes.

At one time, Jeremiah Robinson-Earl’s father (Lester Earl) was going head-to-head with Kobe Bryant in the dunk contest at the McDonald’s All-American Game. This time, it was Jeremiah’s turn.

“I usually can talk a lot, but I don’t know…” McAloon stuttered. “These guys just didn’t let us lose. They left it out there.”

The IMG coach, who’s in his second year at the program, was still shaken up by the thrill of what had just happened. 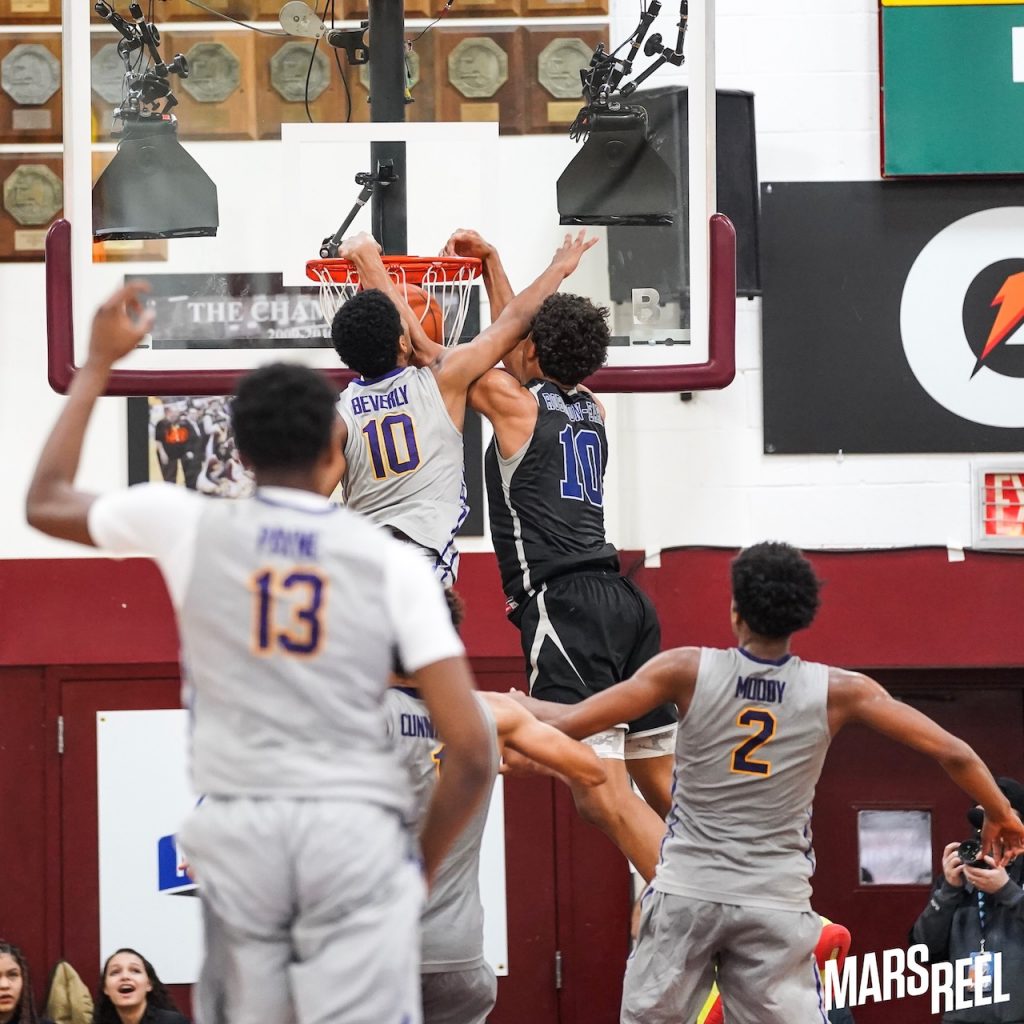 After a close battle in the first round against University School, Montverde came out swinging in the first period against IMG. The Eagles built a 17-point advantage at the end of the opening period, 25-8.

Montverde point guard Harlond Beverly got the crowd out of their seats late in the second quarter. The springy 6-foot-4 senior drove the baseline and soared to the basket, reaching way back to throw down a poster-worthy one-handed jam.

Both teams started the third quarter on a tear. Montverde began the scoring barrage on a 12-4 run. IMG responded with a momentum-shifting 8-0 run of its own.

But just when you thought the Ascenders were ready to take control of the game, Montverde responded with an exhilarating finish to the quarter.

Harlond Beverly had a phenomenal sequence during that time. The senior, who’s considering offers from Baylor, Indiana, Michigan State and others, scored on three consecutive trips down the floor. All three baskets were And-1’s and Beverly nailed every single free throw, scoring 9 points over the final 2 minutes of the quarter.

Cade Cunningham put an exclamation on the run with an off-balanced three-pointer at the buzzer. Montverde held a commanding 63-47 lead at the end of the third period.

Still, the Ascenders wouldn’t go away. IMG head coach Sean McAloon inserted freshman standout Jarace Walker into the game, and the 6-foot-6 forward provided the team with some inspiring minutes.

He also helped draw the fifth foul on Precious Achiuwa, which would disqualify the McDonald’s All-American with 2:43 left in regulation and give the Ascenders their first lead of the game, 67-66.

At one point, coach McAloon looked towards Farrakhan with the intent to put him back into the game. Farrakhan wasn’t having it. After trailing by as many as 17 points in the first half, and as many 16 in the second half, the Ascenders found their rhythm with the freshman Walker on the floor. And Farrakhan wasn’t about to mess that up. 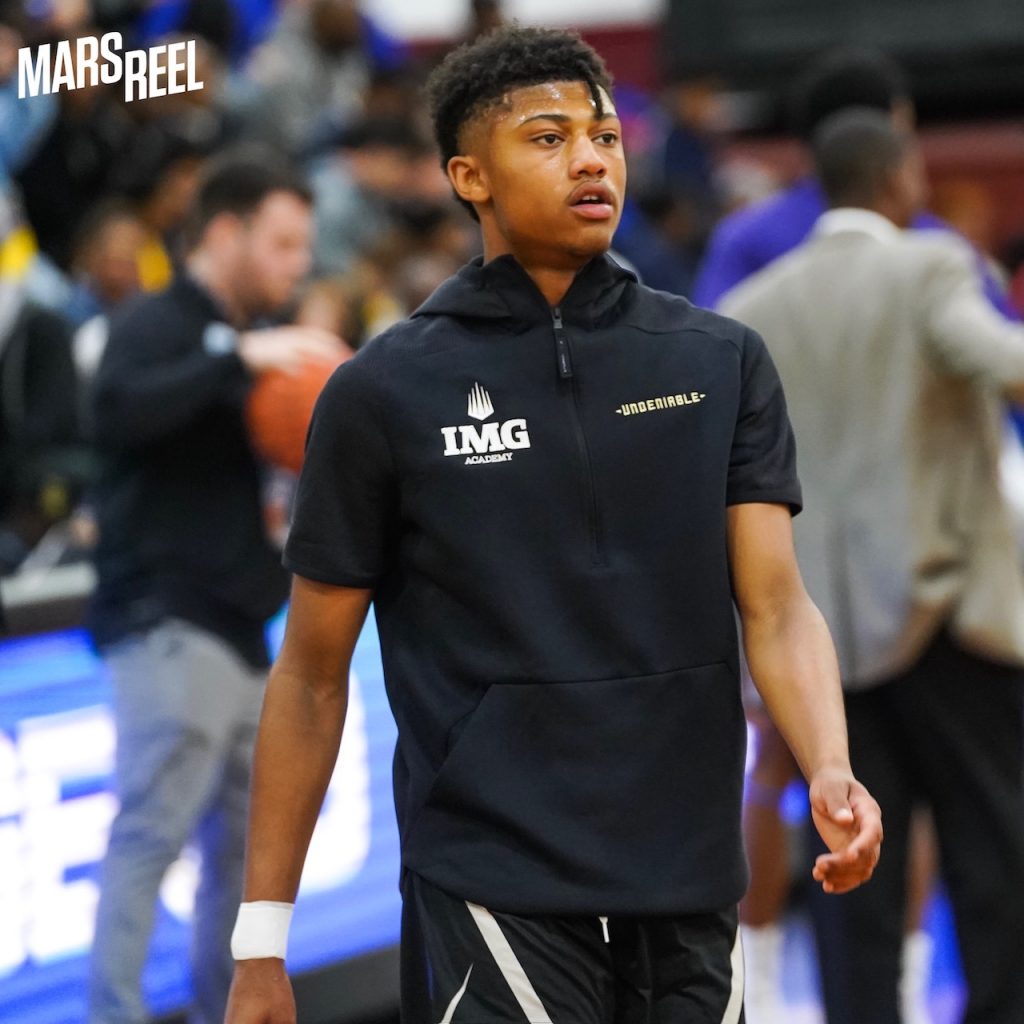 Jaden Springer was the anchor for IMG down the stretch. The talented 6-4 junior remained aggressive and kept finding ways to get to the free throw line. Springer went a perfect 12-for-12 from the charity stripe.

“At that point, I didn’t know what was going to happen,” Springer said. “But I didn’t want to go home. So I just kept playing.” 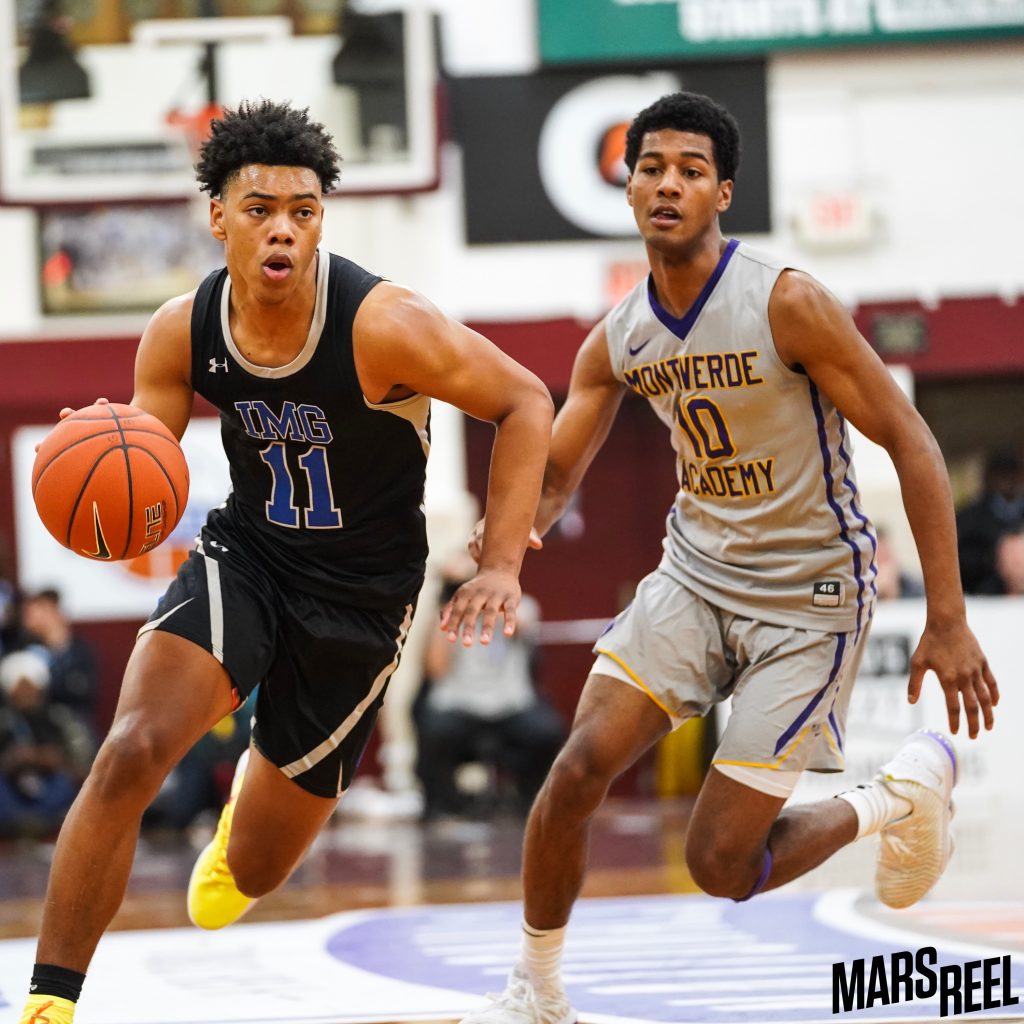 IMG will advance to its first GEICO Nationals championship game. The Ascenders have the opportunity to make history and win the program’s first national championship in any sport.

“This is the biggest game of my life,” Springer said.

Springer led all scorers with 26 points. Josh Green chipped in 12. Harlond Beverly and Cade Cunningham led the way for Montverde with 23 and 21 respectively.