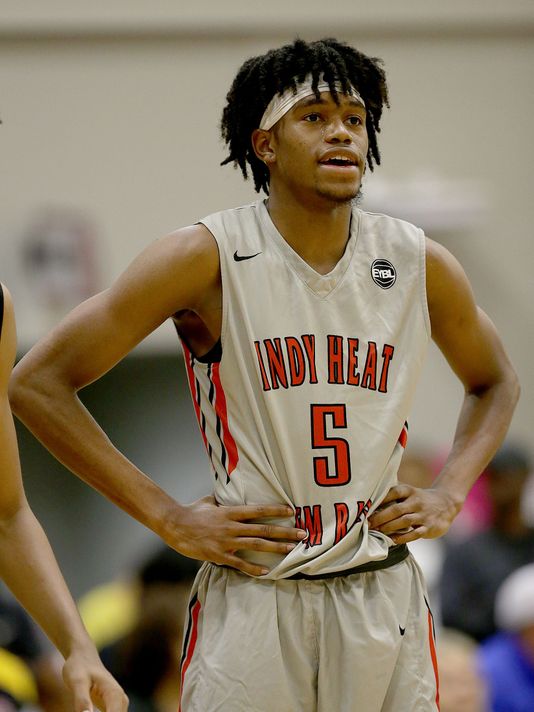 Keion Brooks is set to make his college decision on Friday, March 15 at 8:00pm EST. The announcement will be broadcasted live at CBS Sports HQ.

Like a doomsday clock, Brooks has been counting down the days until his announcement.

The five-star, 6-foot-7 forward will make his decision at St. Paul’s Lutheran School in his hometown of Fort Wayne, Indiana.

Michigan State and Purdue did not receive official visits.

Although all of the six schools are still in contention, most recruiting experts believe that it’s really a two-school race between Kentucky and Indiana.

Indiana was believed to be the favorite for a long time, but recent movement has many switching their predictions to Kentucky.

Brooks took an unofficial visit to Rupp Arena on Feb. 16 to watch the Kentucky versus Tennessee game. On the next day, Brooks was scheduled to arrive in East Lansing to take an official visit at Michigan State— however Brooks cancelled that visit and never rescheduled.

The ultimate landing spot for Keion Brooks is still very much a mystery though. Either way, a fortunate school will receive a game-changing talent.

Brooks has been instrumental in the success of La Lumiere School this season. The Lakers are undefeated and are the favorites to win the 2019 GEICO Nationals in New York City.