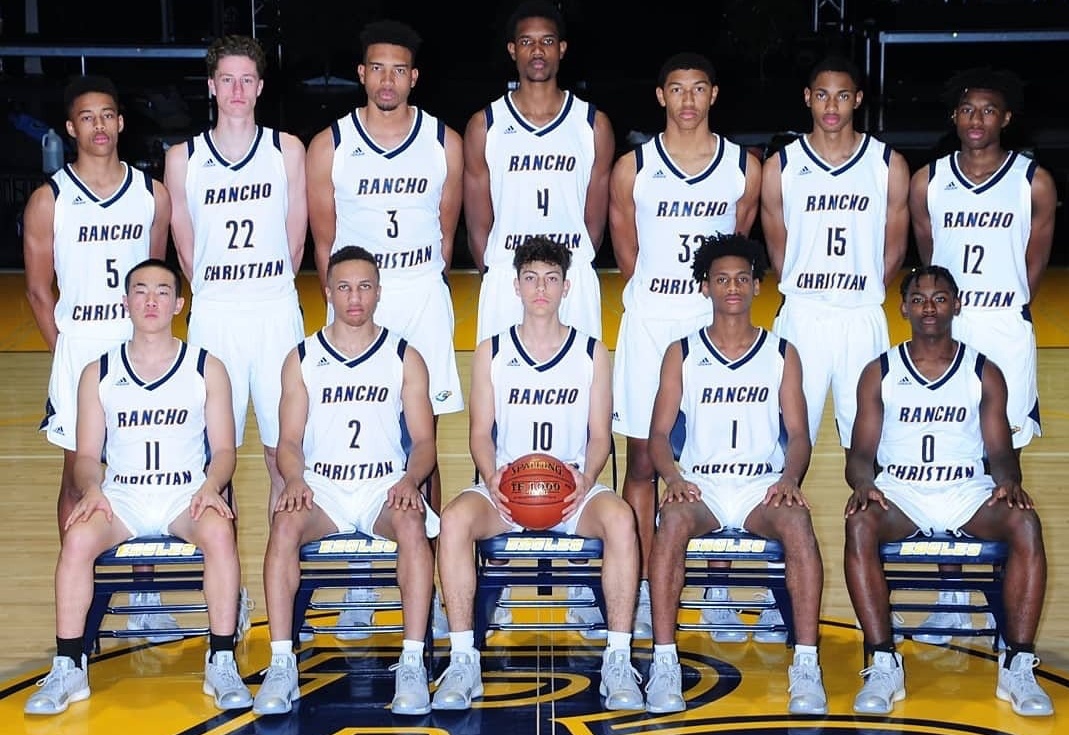 This past Saturday’s clash between Sierra Canyon and Rancho Christian definitely lived up to the hype. The Trailblazers and the Eagles are the two best squads in California, and if this game was any indication— they’re extremely evenly matched.

The stakes were high in this battle. The victor would gain the No.1 seed in Southern California’s prestigious Open Division playoff. Although Rancho Christian got the win (61-58), this matchup is far from over. It’s likely that the two teams could meet again. The CIF playoffs will get underway this week.

As a potential rematch looms at the end of the month, here’s a few key takeaways from Round #1 that might factor into Round #2.

1. Sierra Canyon has the size to contend with the Mobley Brothers

There’s no question that Isaiah and Evan Mobley create one of the most formidable frontlines, not only in the state, but in the entire country. Isaiah is a big forward who can score in the paint, operate out of the high post, and play a point forward role. Evan is a dominant low post presence, but he also has the ability to attack off-the-dribble.

Sierra Canyon did a nice job of countering the dominance of the Mobley Brothers. With the addition of 7-footer Christian Koloko (Arizona signee) this year, Sierra Canyon has a tandem in Koloko and K.J. Martin that can matchup with the Mobleys.

Extremely blessed to announce that I’m committed to the university of Arizona.i’d like to thanks all my coaches and my family for helping me.🐻⬇️

The two Sierra Canyon bigs gave the Mobley Brothers all they could handle defensively. Neither of the Mobleys had efficient shooting nights. Koloko, in particular, did a good job bodying up Evan and contesting his shots.

Martin also had some big defensive plays on Isaiah.

Now that’s certainly not to say Sierra Canyon can completely shut down Rancho Christian’s frontcourt. The Mobleys are still going to make their impact. That’s just to say, this matchup isn’t quite as one-sided as some might think.

The Mobley Brothers have received most of the national attention this year, and rightfully so. But one of the best parts of this Eagles squad is the depth around them. While the Mobleys bore the brunt of the Trailblazers defensive game plan, that allowed Dominick Harris and Luke Turner to have great games.

Harris and Turner took full advantage of their open opportunites by hitting several timely 3’s. The biggest one was Turner’s 3-pointer which gave the Eagles a 59-58 lead with just over a minute to go.

Harris and Turner are both knockdown shooters. If they continue to get open looks as a result of the pressure placed on the Mobleys, they’ll keep hitting game altering shots.

3. Sierra Canyon has to capitalize on open looks

While Rancho Christian was able to take advantage of their open perimeter shots, Sierra Canyon had some difficulty connecting from distance. Their shooters, such as L. Simpson and Andrew Austin, got a few open looks during the game, but couldn’t connect.

Even Scotty Pippen Jr, who is typically a reliable threat from beyond-the-arc, was a bit off.

4. The Mobley Brothers can contribute in other ways

Sierra Canyon tried to get the ball out of the hands of the Mobley Brothers, and for the most part it worked. Both Mobleys had rough shooting games; however, they still found other ways to impact the game.

Part of what makes the Mobleys so dangerous is their ability to make plays for others. And they did just that, especially Isaiah.

Why are people still sleeping on Isaiah Mobley?

They kept the ball moving and didn’t force it against a swarming defense. Isaiah, in particular, plays in the mold of a point forward. He did a nice job looking for open teammates.

Evan played great defense, especially late in the fourth quarter. He also made his presence felt on the glass by fighting for rebounds.

Cassius Stanley is one of the best players in the state, and a nationally-ranked guard. He got into foul trouble against Rancho Christian, which completely changed the complexion of this game. If a couple foul calls go the other way, the outcome of this contest may have been different.

Stanley has a size advantage over Rancho Christian’s guards. In a potential rematch, he needs to use this to his advantage.

Amari Bailey isn’t your typical freshman. Bailey began the season coming off the bench, but he’s now found his way into the starting lineup. Bailey was all over the court playing defense, attacking the boards and making unselfish plays for his teammates. He wasn’t afraid of the big moment.

Obviously anything can happen in the playoffs. There’s no guarantee that Sierra Canyon and Rancho Christian will even meet, but it’s highly likely. And it just feels right for the Open Division to be decided by these two powerhouses.

Sierra Canyon will get Terren Frank back in the lineup after returning from injury, and that gives the Trailblazers even more size to contend with the Mobleys.

Both teams will need to get through their Pool groupings. And come Feb. 23rd in the Open Division championship game, we’ll see if there’s a round two.

David Yapkowitz is a contributor for Mars Reel based in Southern California.