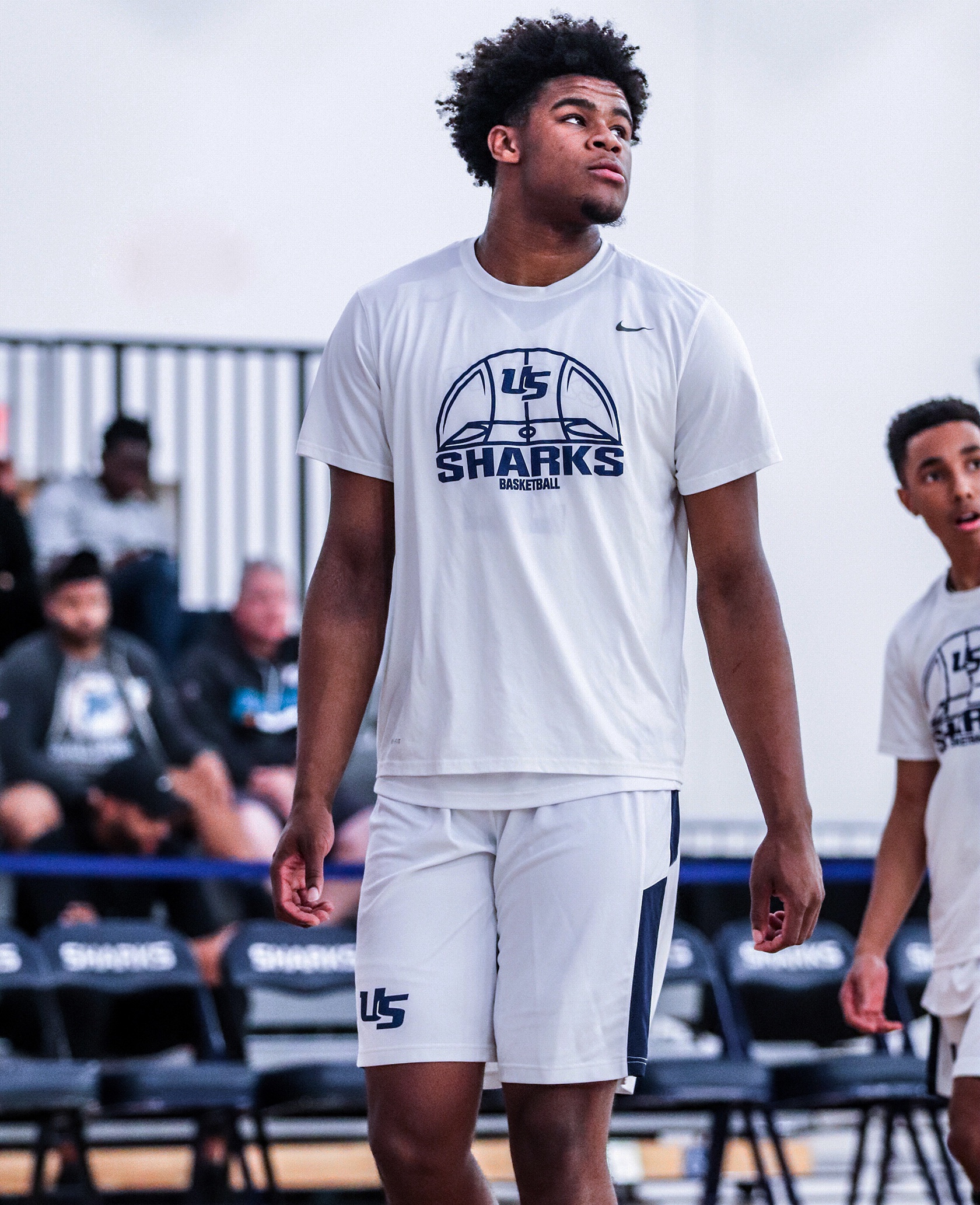 The University School Sharks picked up its first win of the New Year in dominant fashion, taking down the visiting Immaculata-La Salle Royals 75-49.

The Sharks controlled the game from the start and were led by a versatile offensive effort from Vernon Carey Jr. with 25 points.

The Sharks did not have Scottie Barnes and Jace Howard in this one. According to Coach Jim Carr, Barnes has been temporarily shut down after the team’s trip to Oregon at the Les Schwab Invitational. Carr expects Barnes to return next game. The team is also without Howard, who is out almost month with an injury. Carey dominated and made up for not having other key players.

Carey highlighted his abilities no better than at the end of the first half. The 275 -pound center ran the floor like a guard, gliding past Royal defenders near the sideline before turning towards the paint for a slam dunk right before the buzzer.

The Duke bound center ignited the Shark’s crowd as the team headed into the locker room with a 35-16 advantage.

“That play kind of showcases my offensive versatility,” said Carey.

“I am able to handle the ball in transition in the open floor. Overall I felt like my shot was dropping tonight. I just tried to stay aggressive and tried to attack. I found my spots on the floor that were open and just stuck to that for the win.”

It just was one of those games where Carey was scoring anywhere on the floor. He hit a three from the wing in the first quarter and later used his size in the paint to engulf Royal defenders at the basket for easy dunks. If you didn’t know who the future Blue Devil was coming into the game, you sure had a good idea going out.

The Sharks used almost every player on the roster in the victory. With nearly a 20-point advantage through most of the game, nine Shark players accounted for points in the box score. Roger McFarlane finished with 15 points. From the bench, freshman Taylor Hendricks provided the Sharks with 9 points.

“We wanted to play a lot of people tonight and we wanted to run,” said Carr. “We wanted to get guys playing together with a couple of injuries. Playing without two starters I am very happy. I thought our bench gave us good things. Taylor Hendricks was really good. Vernon was incredibly efficient and did a good job. I am happy with our performance tonight.”

The Royals kept the game close early, thanks to the play of Emilio Ramirez. The sophomore guard finished with 21 points. Senior guard Nick Goff finished just behind with 19. The pair accounted for 40 of the team’s 49 points on the night, but was not enough to offset the many scoring contributions from the Sharks.