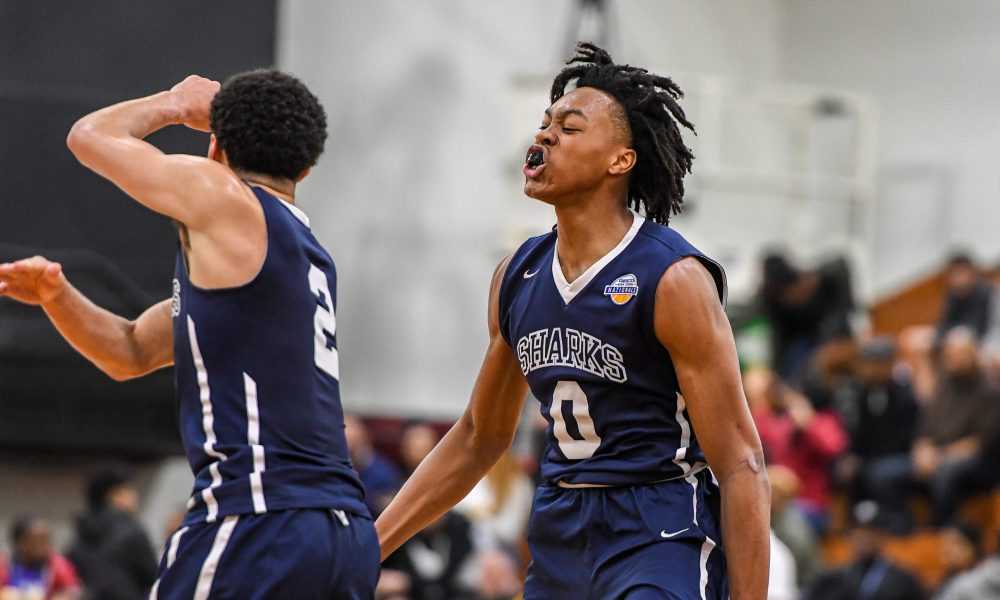 The University School Sharks are back in familiar territory, having been invited to the GEICO Nationals in New York City for the second consecutive season. The three-day tournament, which runs from April 4-6, features eight of the top-ranked teams in the entire country. Last season, U-School made it all the way to the championship before falling to Montverde Academy 76-58 in an all-Florida final.

This season, much of the cast is back for the Sharks to make another championship run. University School boasts one of the top players in the country in Vernon Carey Jr. The 6-foot-10 275-pound Carey is committed to Duke. The future Blue Devil did suffer a setback when he hurt his ankle in the regional final of the Florida Class 5A championship. U-School would eventually win its second consecutive state championship without him. The Sharks also deploy one of the top juniors in the nation in forward Scottie Barnes. Barnes currently lists his college choices to eight teams, which includes Kansas, Kentucky, and Duke.

This year, the biggest difference is the man running the show on the sidelines. Head coach Jim Carr is in his first season at the helm after serving as an assistant last year under Adrian Sosa. Carr brings a wealth of collegiate experience before coming to U-School, having been an assistant under UConn head coach Danny Hurley at the University of Rhode Island for five seasons. Before that, Carr was an assistant at Rutgers for 13 seasons.

The Sharks will be the No. 8 and final seed at GEICO Nationals, awaiting a date with No. 1 overall seed La Lumiere (IN) in the quarterfinal. The Lakers are the No. 1-ranked team in the country according to the USA TODAY Super 25 rankings, having finished the regular season with a 28-0 record.

I sat down with Carr as he prepares the Sharks for what will be their toughest test yet.

How does it feel to be invited back to GEICO Nationals?

Carr: Very, very excited. We are thrilled and honored that the committee thought that much of us. We are going to go in there and compete.

How do you currently feel about your team?

Carr: Really good. I think we are playing very well. I thought in Lakeland we shared the ball at a great rate. Defensively we were really good. Now it is college bowl season time. We got 22 days. We will ease into this and do what we did last year in terms of practice days and get these guys ready. I couldn’t be happier with where these guys are at right now.

How is Vernon’s rehabilitation going?

Carr: He had a great day today. He was in the underwater treadmill, putting some weight on it. Our policy with him and on every kid is we are not rushing him. A kid like Vernon who has the potential to feed his family, to have an NBA career, I am not worried about a high school game, no-matter what the significance it is in compared to that long term. He looks good. He is working really, really hard in his rehab.

What have you seen or know about La Lumiere?

Carr: First time watching them was this morning. They are a great team. There inside power, Isaiah’s (Stewart) motor is ridiculous.  They are very well coached. Watching them last year up at the tournament, they don’t beat themselves. They are outstanding defensively. They have a lot of firepower.

What is it going to take to win a championship this year, as opposed to last?

Carr: It is three games in really two and a half days. I hope being there before helps us a little bit. Not an advantage, but I think last year we ran out of gas after Oak Hill Academy. You got to play your best. It is a possession-by-possession game. We got to make sure we are able to get easy baskets. We need to get stops when we need them. The main thing is we need to keep playing at the level we are at.